Barong Dance at East Side of Pura Gunung Kawi

Gunung Kawi is a temple complex, constructed in the 11th century. It comprises ten shrines that are cut into the rock and that serve as funeral monuments. The five depicted shrines are on the east side of the area and are dedicated to King Udayana, his queen Mahendradatta, and their sons Airlanga, Anak Wungsu, and Marakata.

In the old photograph Balinese people perform a traditional Barong dance. Barong is a lion-like creature who is seen as the Good. He is typically pictured in battle with Rangda, the Evil. 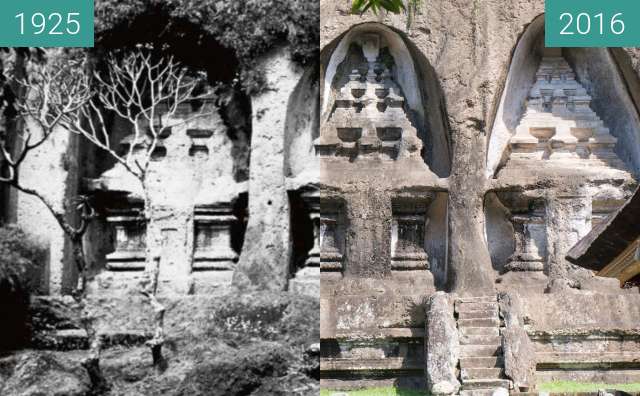 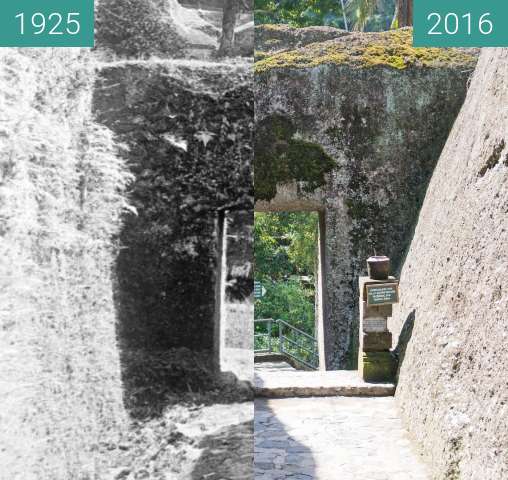 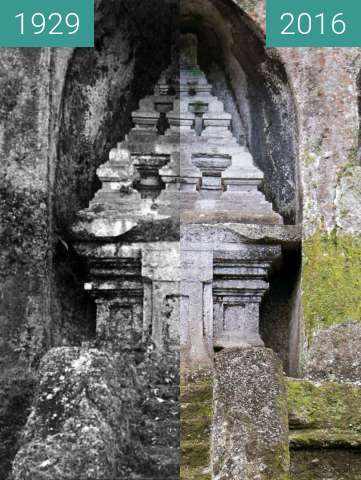 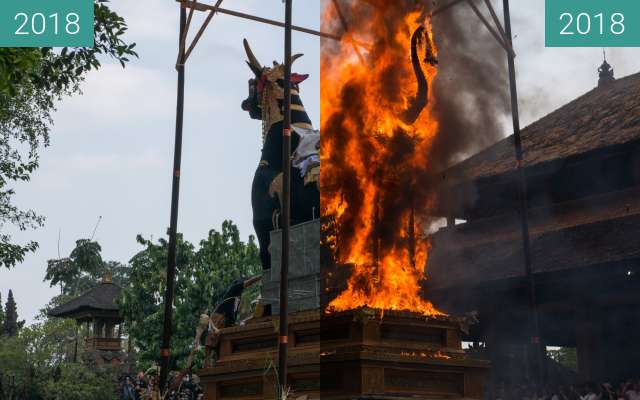 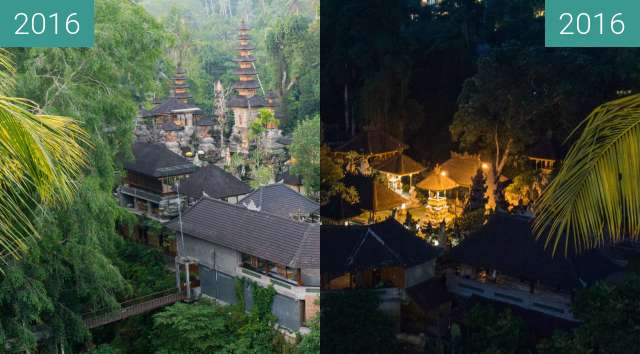 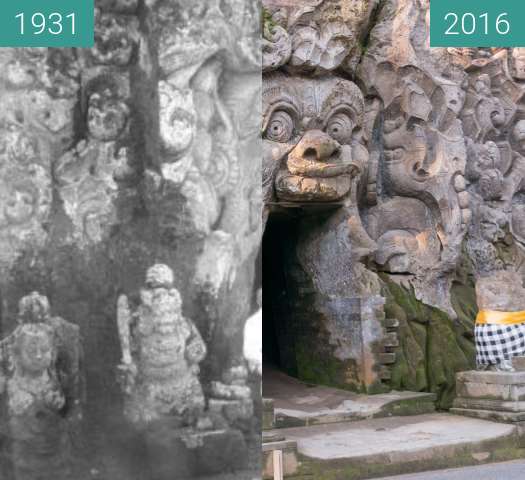 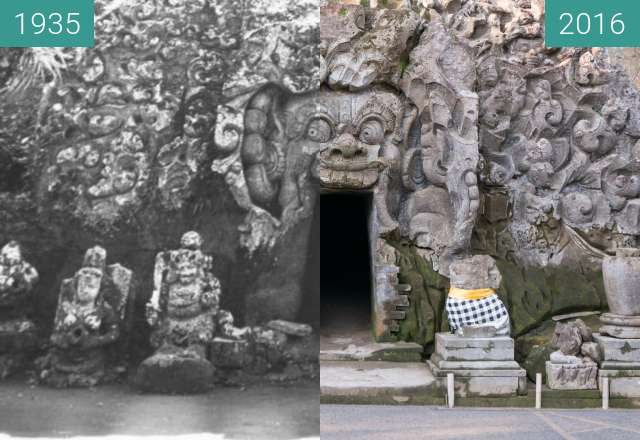 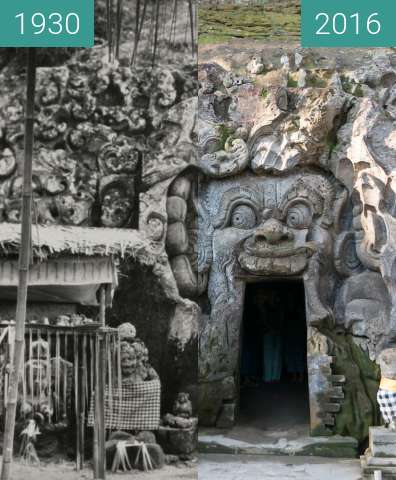 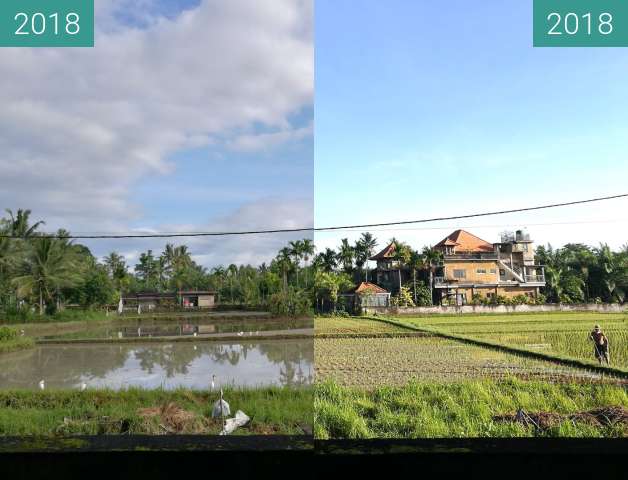 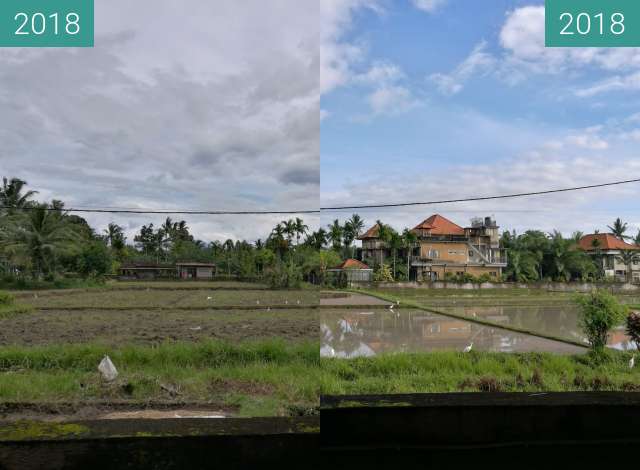