House in neo-Egyptian style at the N ° 2 Place du Caire, 2nd arrondissement. The house was built in 1799 and marks the entrance to the "Passage du Caire", one of the oldest passages of Paris. Originally, it was used by printing presses ("Imprimeries") and lithographers, before it became the center of Paris for textile industry and trade.

The naming of the square and the Passage and the architectural decorations date back to the Egypt campaign of Napoleon. The exterior combines Egyptian elements like the three sphinx heads (portraits of the goddess Hathor) and the lotus-shaped capitals with other eclectic elements like the frieze with Roman characters and the trefoil window in Moorish style, which made their entrance into Parisian architecture at that time.

The photo from 1903 was recorded by Eugène Atget, who is famous for his documentions of historical architecture in Paris. Four men outside the restaurant look curiously at the camera. 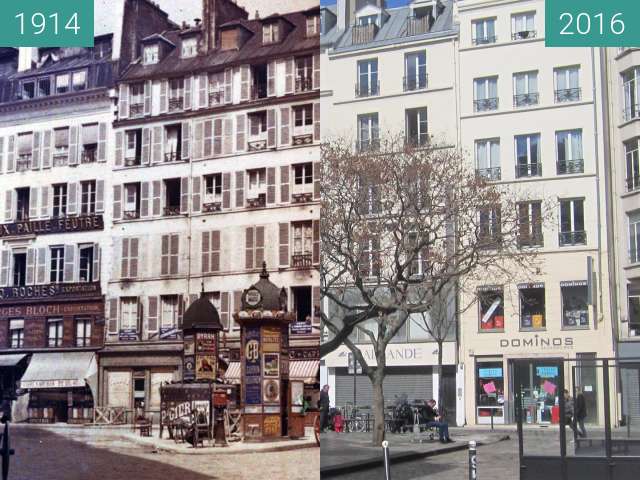 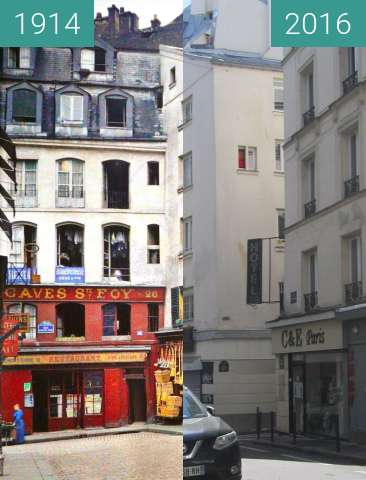 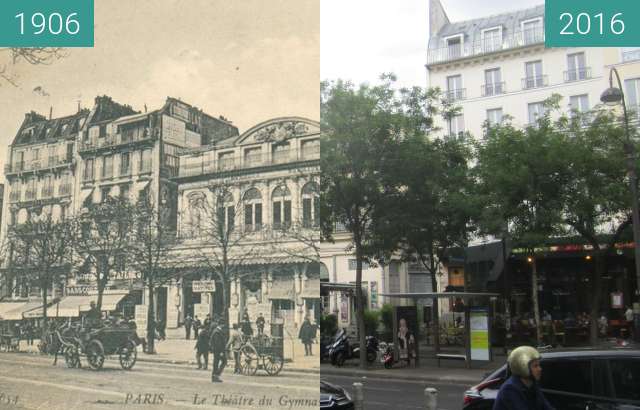 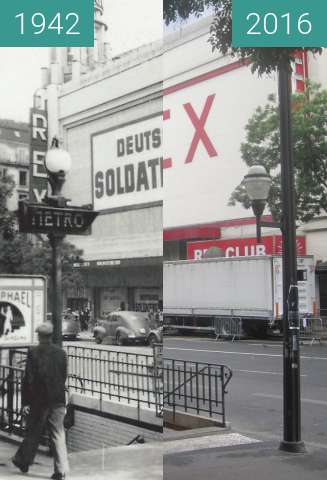 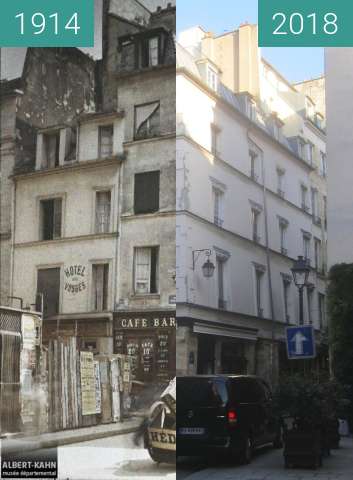 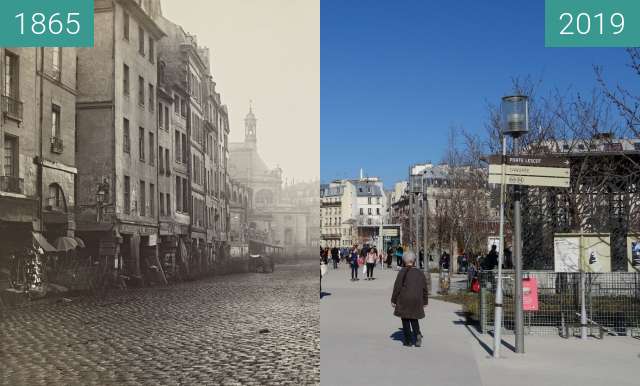