The famous Bremen Town Hall with the market square around 1900 and today.

The Town Hall and Roland had survived the bombs of WW2, which destroyed more than 60% of Bremen, largely undamaged. However, many of the houses on the market square were rebuilt after the war with facades of houses further away, so that today's cityscape does not truly reflect the original one. Thus, the house of the Stadtsparkasse, at the confluence of the Langenstraße (left in the new picture), was built in 1957/1958, after plans of Eberhard Gildemeister and with the support of the land preservation officer Rudolf stone, by using original substance of the facade of the destroyed rococo house Schlachte No. 31.

At that time, the tram also ran on a single track through the Langenstrasse.

The building to the right behind the market house is the seat of the old Bremer Bank. It was built from 1902 to 1904 in Neo-Renaissance style according to the plans of the architects Albert Dunkel and Diedrich Tölken (thus the old picture must have been made before 1902). 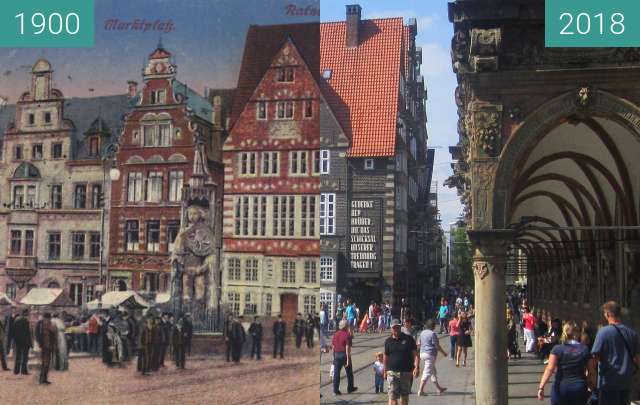 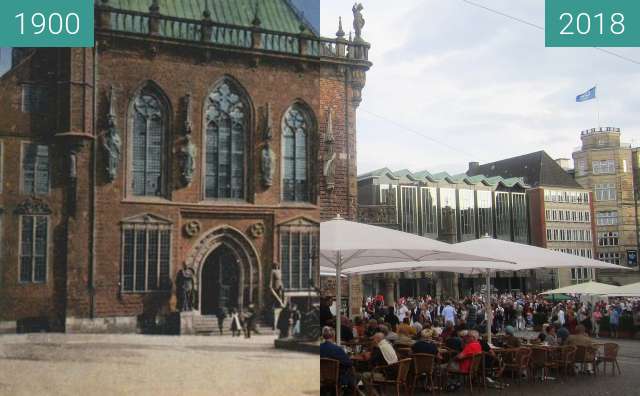 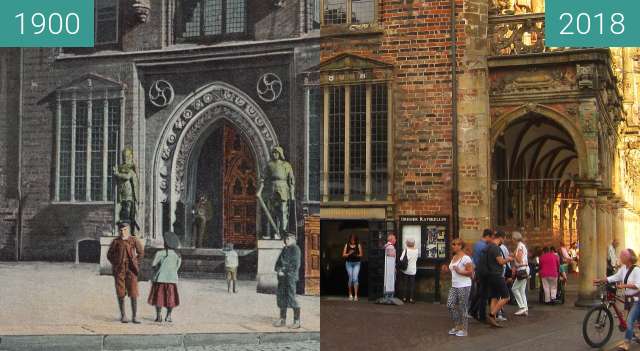 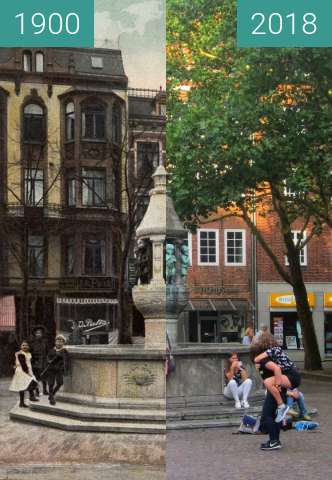 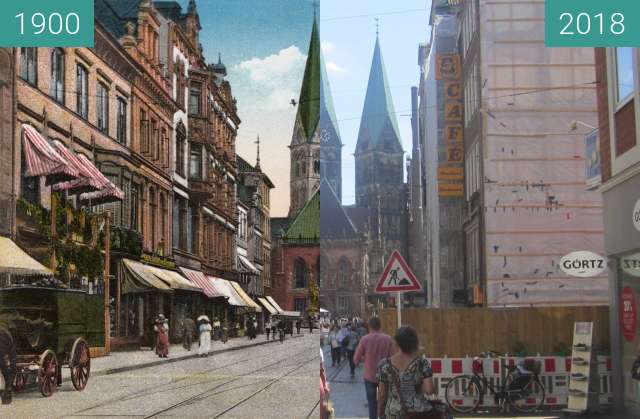 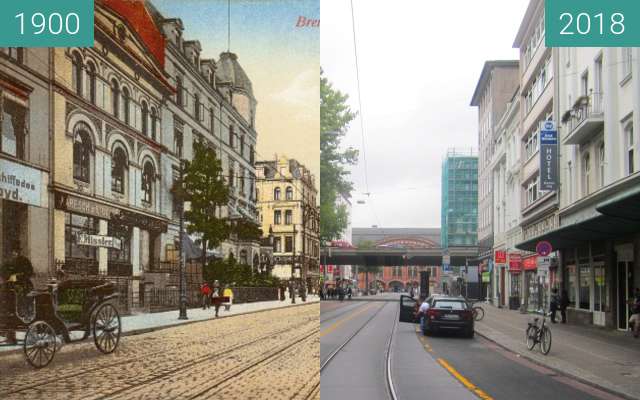 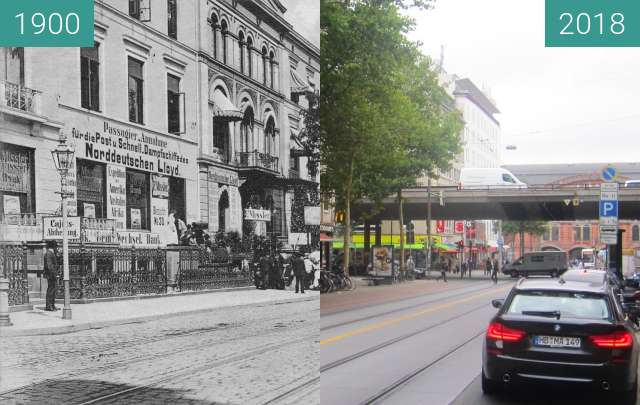 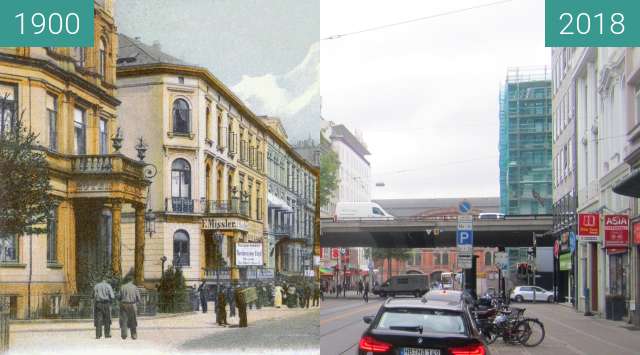 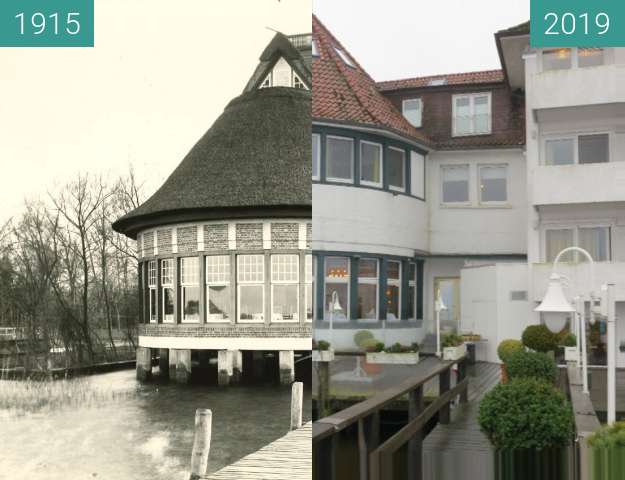 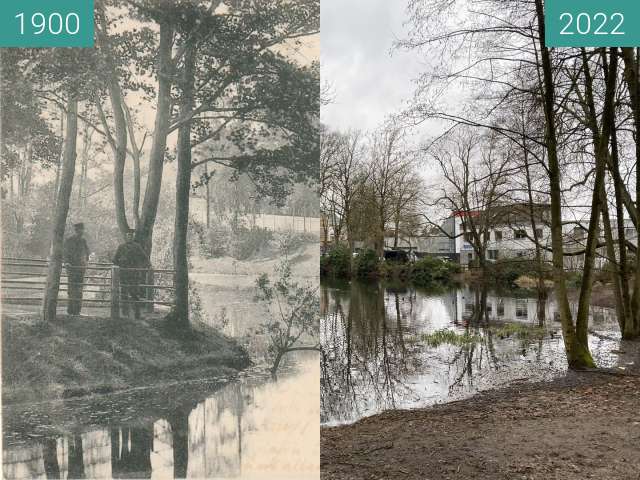