Place Jacques Rouché next to the Opéra Garnier (left in the picture) in 1920 and today. On display is the building housing the headquarters of the French bank "Société Générale". A poster on the facade promoted the purchase of government bonds ("emprunt national") to finance the reconstruction of regions devastated in World War I and the stimulation of the weakened economy.

The square is named in honor of the French opera director Jacques Rouché (1862-1957), who directed the Paris Opera from 1913 until shortly before his death. 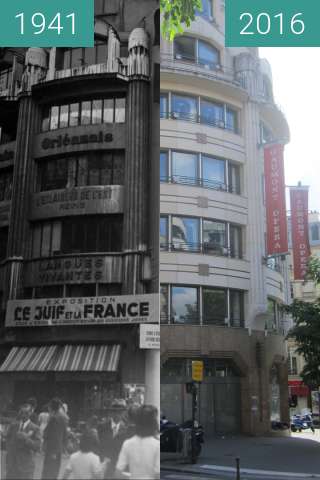 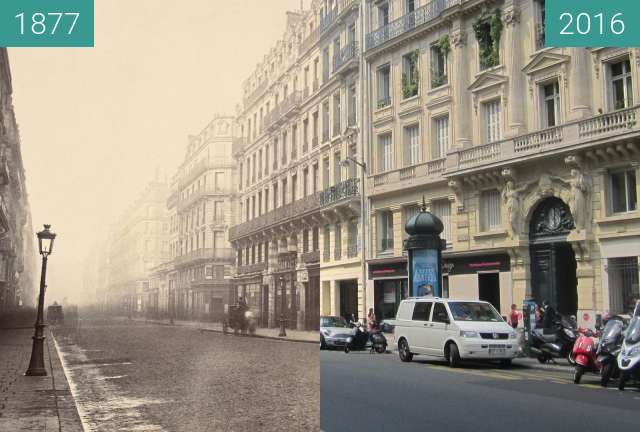