Communards posing in front of the Napoleon statue of fallen Colonne Vendôme.

In spring of 1871, it comes to an in Paris of the workers and soldiers of the National Guard against the conservative government. By spontaneous elections, a Paris city council (commune) is formed, whose members (communards) try to enforce the transformation of France into a socialist union of sovereign communities against the will of the central government. After bloody clashes, the Communards finally gain control over Paris.

As a symbol of the hated monarchy, the Victory Column (Colonne Vendôme) on the Place Vendôme incurs the wrath of the rebels. Built on Napoleon's instruction and poured from 133 Russian and Austrian cannons conquered by enemy armies, the column is crowned by a statue of the former souvereign. On 16 May 1871, the Triumph column is overthrown amidst great rejoicing of the Parisians.

After the cruel suppression of the uprising, the Colonne Vendôme is rebuilt and is since then stands on the middle of the square. 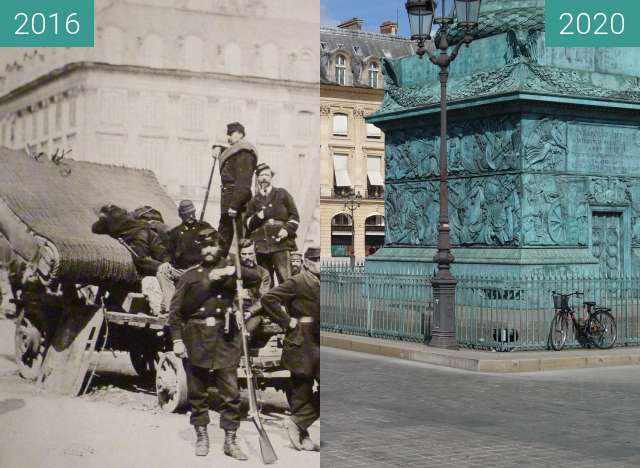 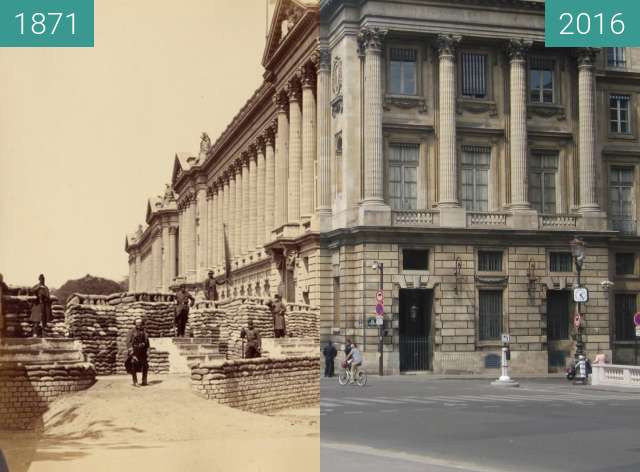