Memory of a past splendor: For the World Exposition in 1900, which attracted more than 48 million visitors and was one of the most successful exhibitions of its kind, were erected impressive monuments for this purpose only. On the "Quai des Nations" (today Quai d'Orsay) were found buildings representing the different nations, which were financed by them. From left to right, the United States, the Ottoman Empire, Bosnia-Herzegovina, Belgium, Germany, Spain and Monaco are represented on this section in the picture. They all were demolished after the exhibition. The Palais de Trocadero, on the other side of the river, was later replaced by the Chaillot Palace, which is still there today. Beside the Eiffel Tower, the only monument remaining in the newer image is the Passerelle Debilly (right), which was also constructed for the visitors of the 1900 Universal Exhibition. The spire next to the Eiffel Tower belongs to the American church, which was erected in 1931. 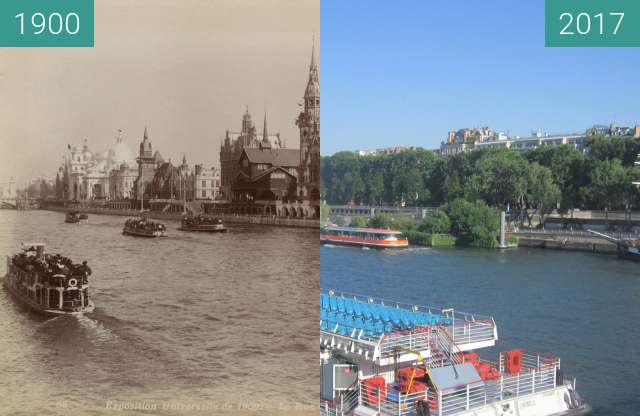 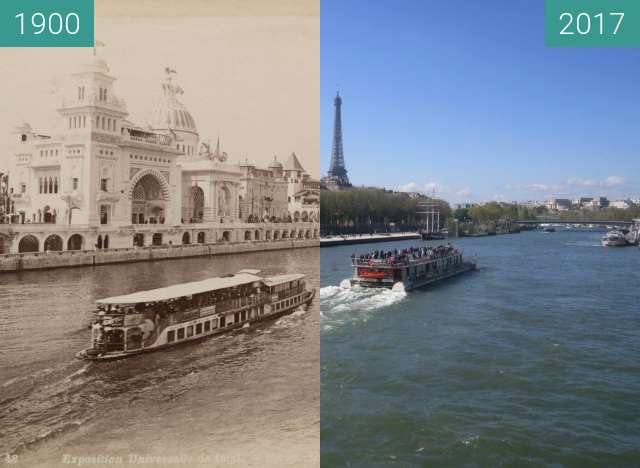 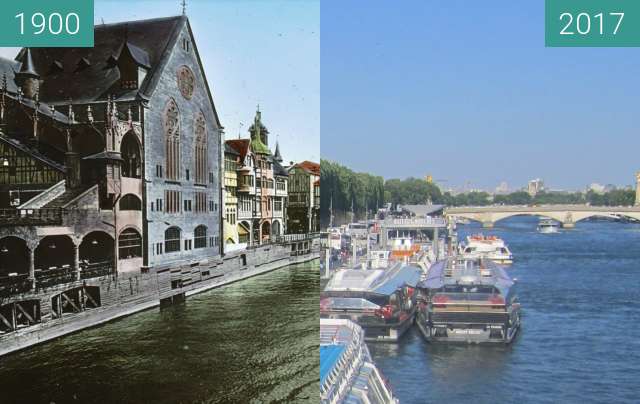 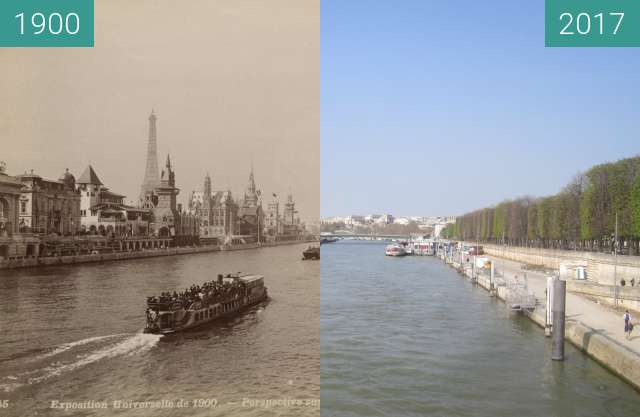 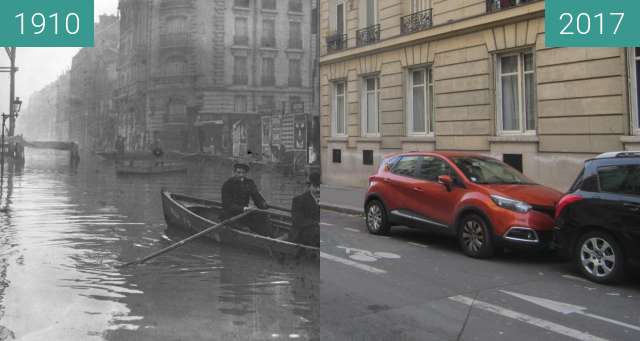 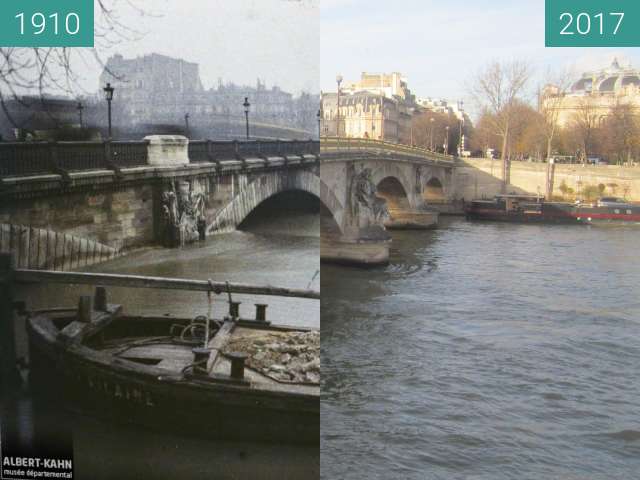 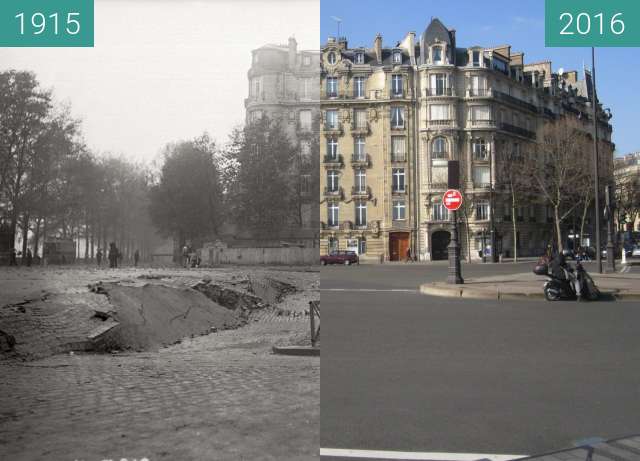 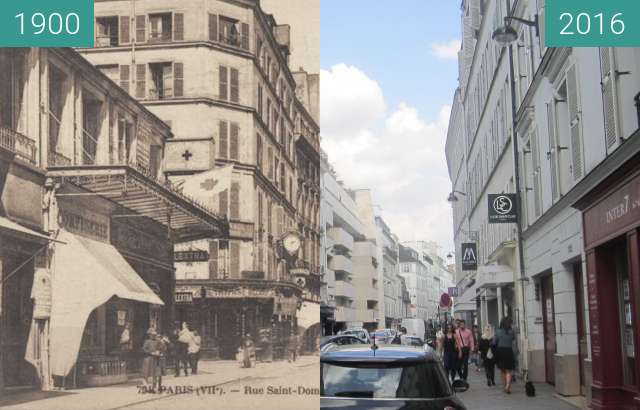 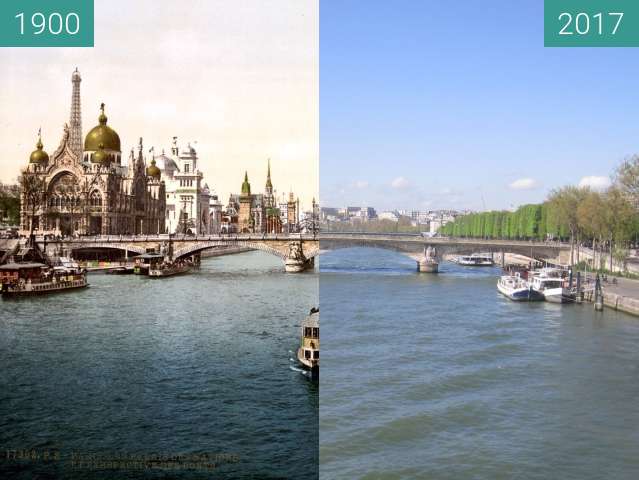 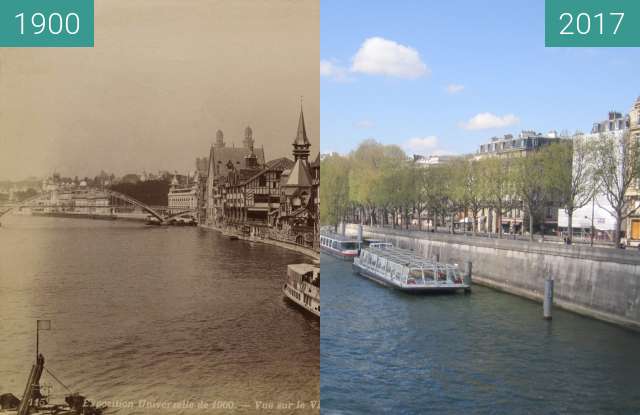