Law Court on Osnabrück Neumarkt. The original structure with three floors and twenty axes was completed in 1878 and was home then as now for the regional court.

On the place in front of the building, a war memorial was inaugurated in 1880, which the people of Osnabrück had financed in enthusiasm for the unification of the German Empire. The monument was divided into base, Victory Column and Germania with imperial banner and laurel wreath. On panels mounted on the base of the monument, the names of the fallen in the war with France in 1870/71 were listed.

The square in front of the courthouse was an important station for the bus lines of the "Osnabrücker Omnibus Society" opened in 1924, which provided an important connection to the new city part Schinkel.

Until today, the Neumarkt is a major hub of the Osnabrück bus traffic. Since 2014, it is a permanent construction site.

With kind permission of the Museum Industriekultur. 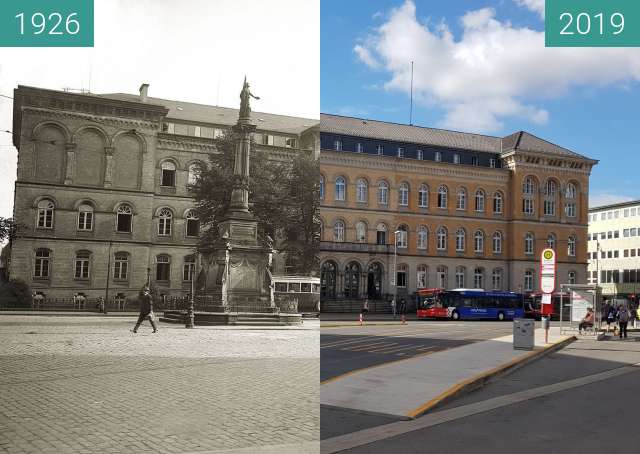 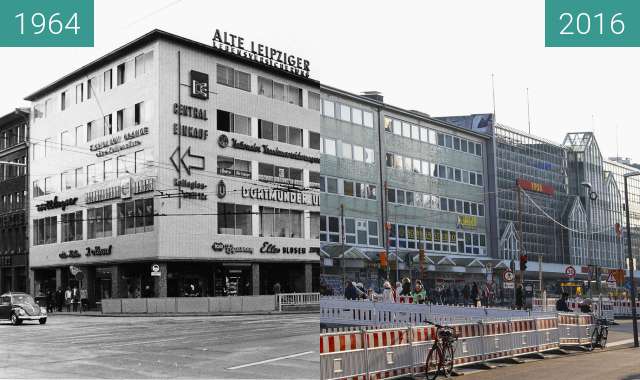 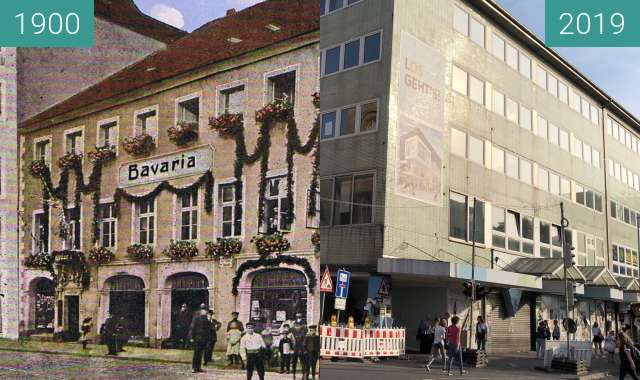 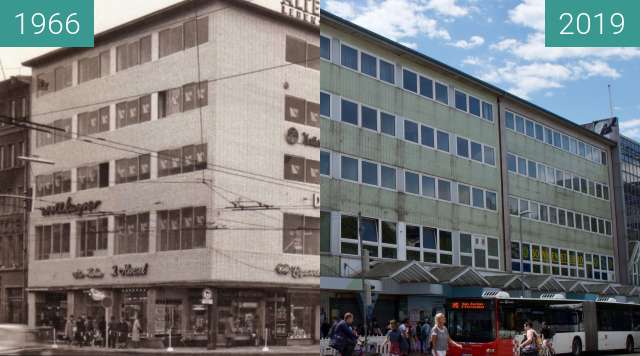 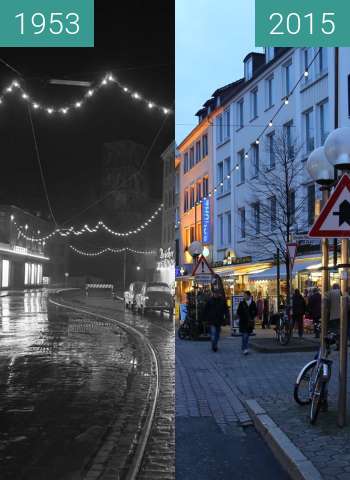 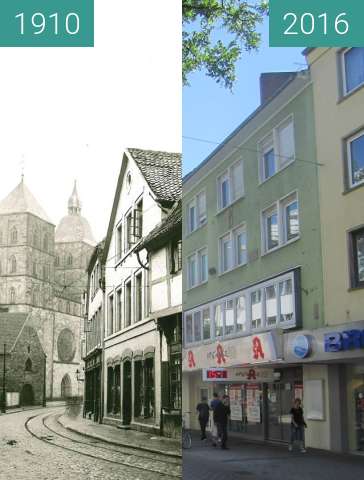 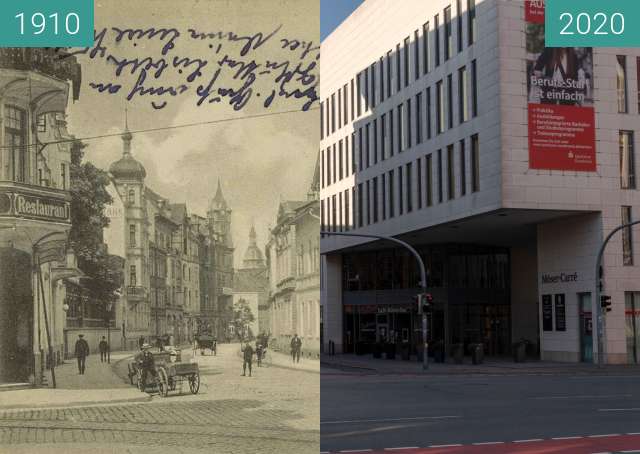 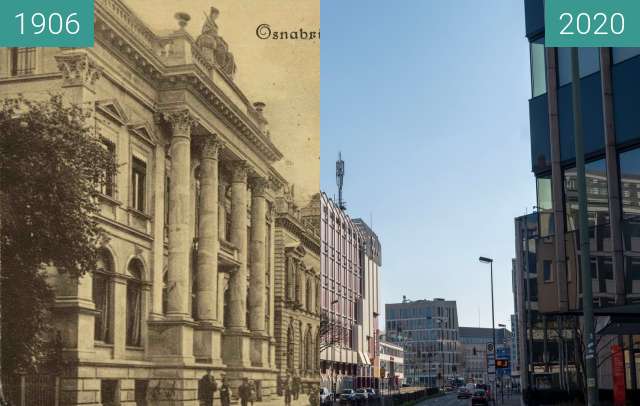 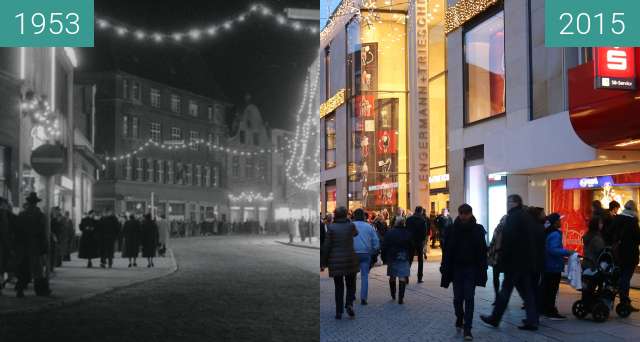 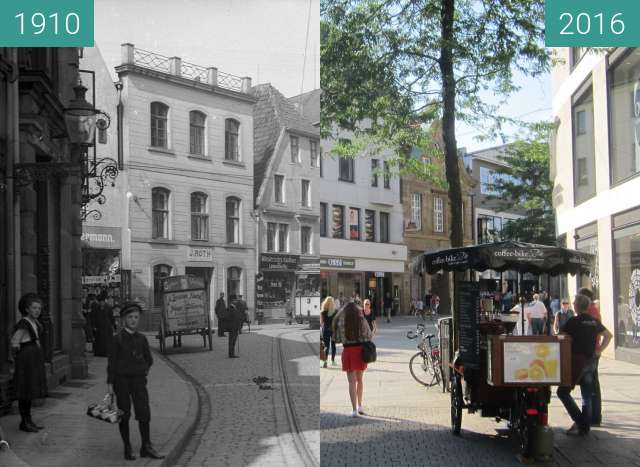