The rue Chabot-Charny at the intersection with the rue des bons enfants in Dijon, early 20th century and 2021. The street forms one of the main arteries of the city center and is named after Léonor Chabot (1525-1597), a nobleman and lieutenant general. In the middle one can see the first savings bank ("caisse d'epargne") of Dijon. By 1900 savings banks appeared in most of the largest cities, and the one was built in 1890 in neo-Gothic style. As one can see, there was still a tram running here at that time. 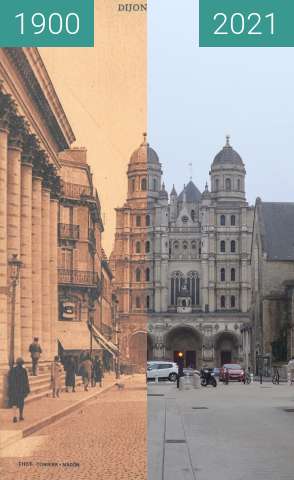 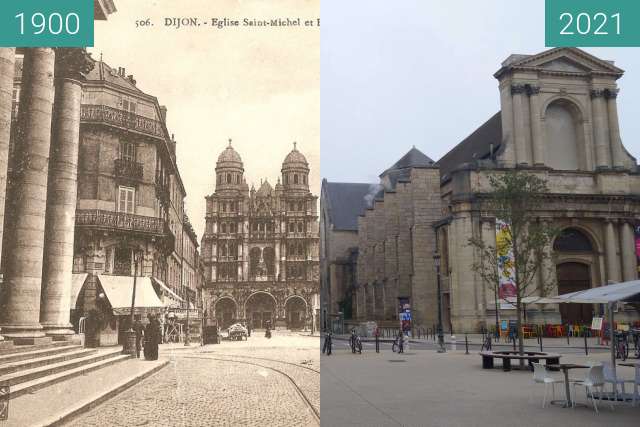 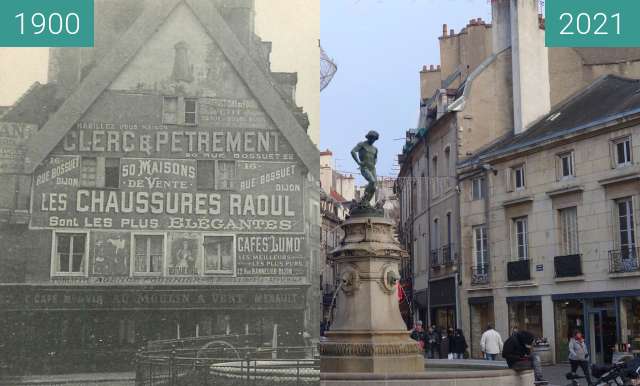 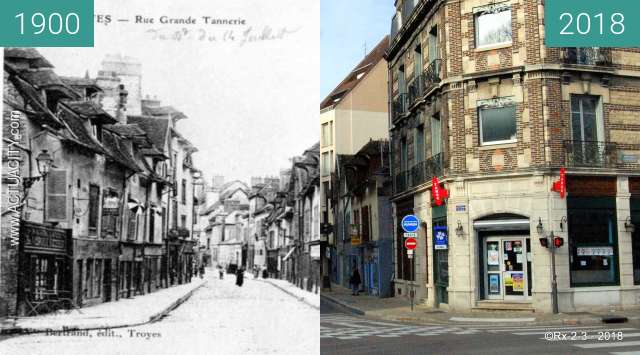 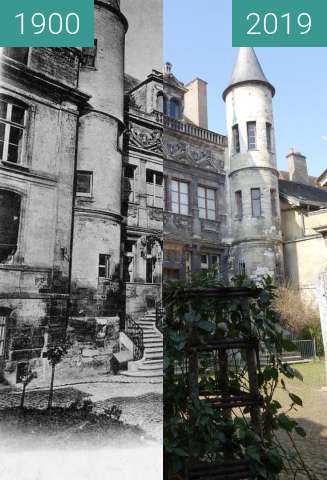 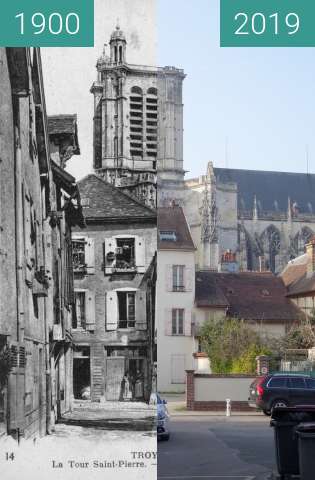 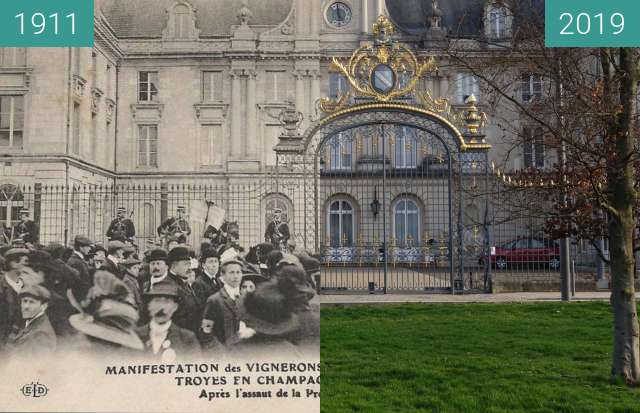 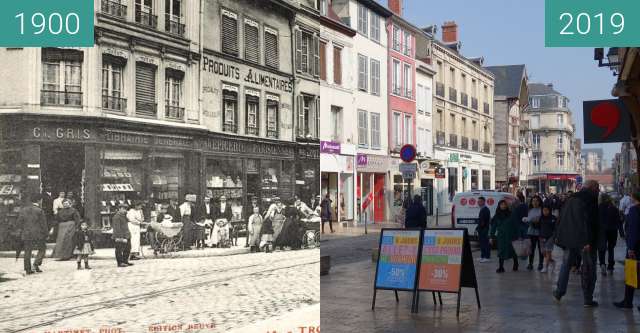