View of the Place au fil with the clock tower (Beffroi) in Amiens. The tower was first mentioned in the 13th century and has since been modified several times. During World War II, the roof fell victim to a German bombing raid and had to be rebuilt. The neighbouring houses also seem to have been lost in the war.
Today, the monument is a UNESCO World Heritage Site. 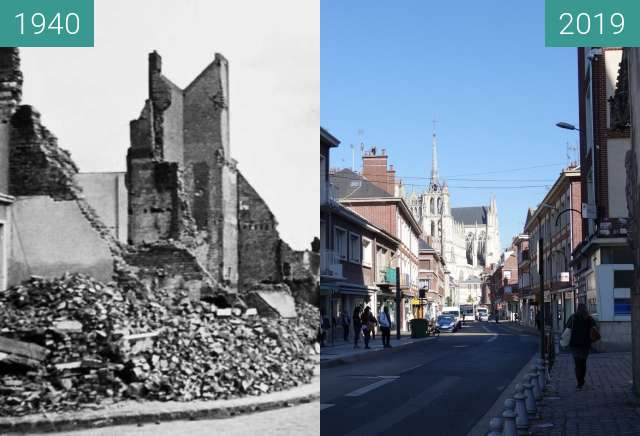 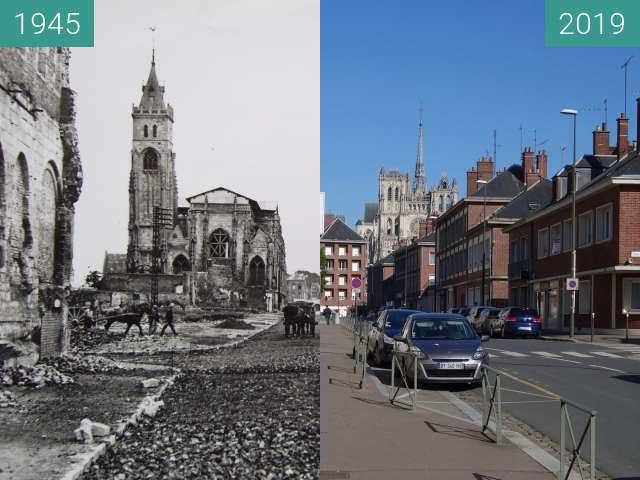 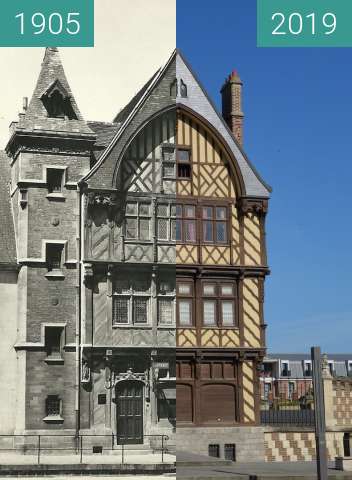 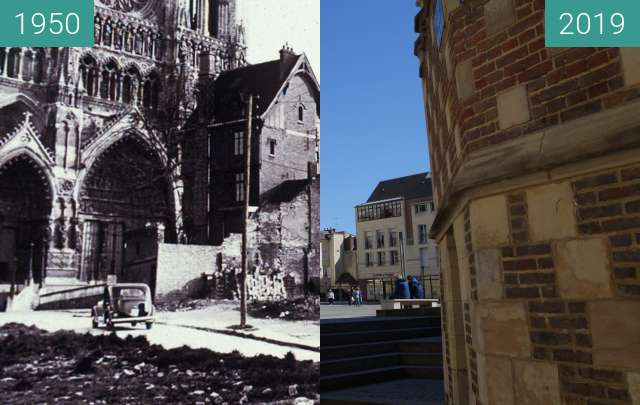 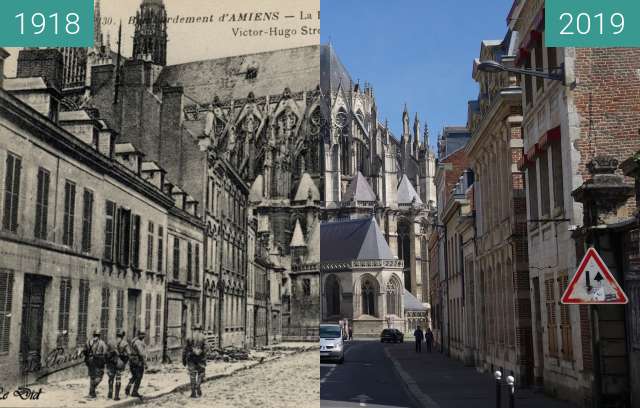 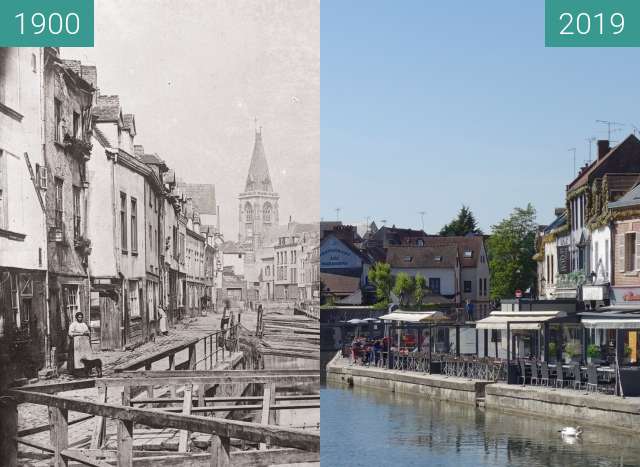 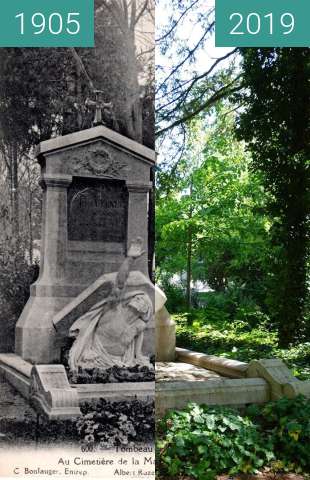 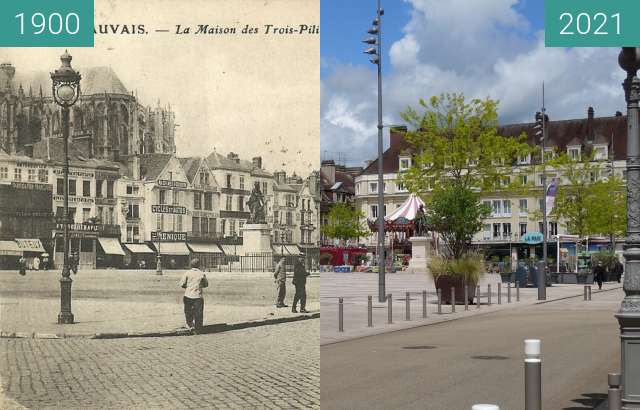 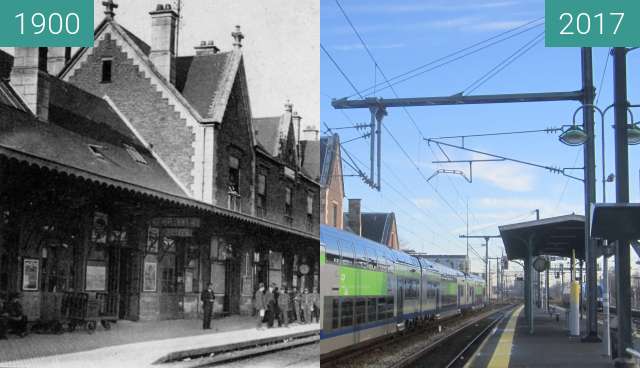 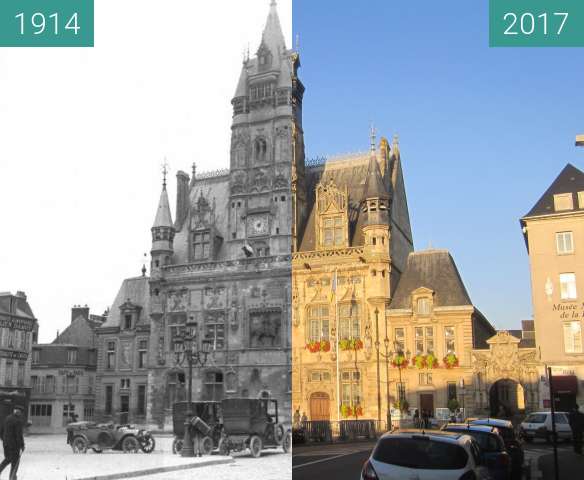