The Royal Street looking towards Esplanade Avenue in the French Quarter of New Orleans, probably around 1900-1910.

The district was then known as "Little Palermo" or "Sicilian Quarter" because of the many Jewish immigrants from Sicily. Many of their descendants today still own large parts of the neighborhood. At the time of the photo, this district was still a slum.
Except for one building on the left, all the houses still exist, even the ornate iron balconies which are iconic to New Orleans architecture.

In the building on the left there was a furniture shop. Note the flag on the house, which was hung on the occasion of the Mardi Gras (Carnival in New Orleans). It is held in the colors green-purple-yellow, which stand for Mardi Gras. The photo might therefore have been taken during Carnival season. The new photo I also took during the Mardi Gras season (here Mardi Gras flags hang on the opposite house).

At that time there was still the city bus operating here, known as "Clio Line" (named after one of the nine muses).
It can also be seen that the gutter was still open at that time, certainly spreading an unpleasant odor.

Today, as part of the French Quarter, the road is very touristy and the apartments expensive.

Credits to "shorpy.com" and the interesting forum discussions on that photo.

Perfect again with regard to motive and orientation !!! 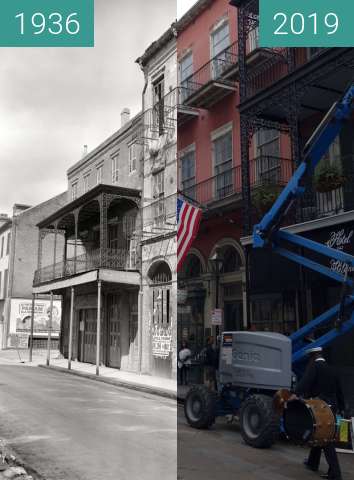 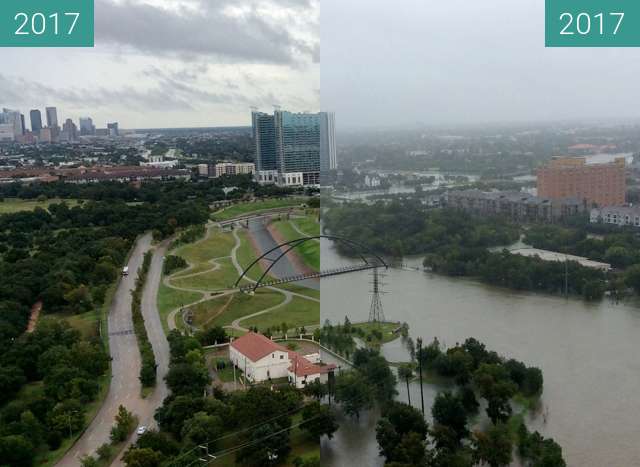 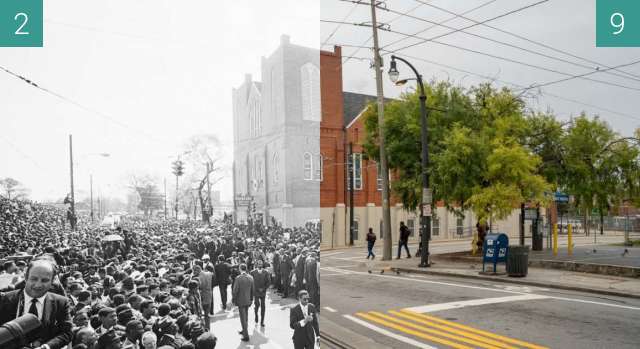 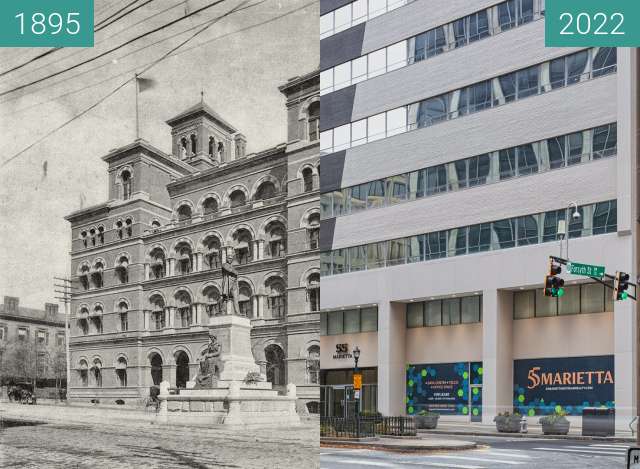 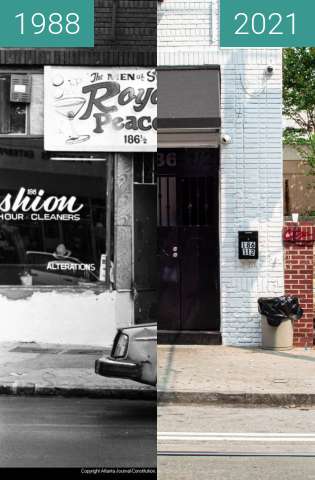 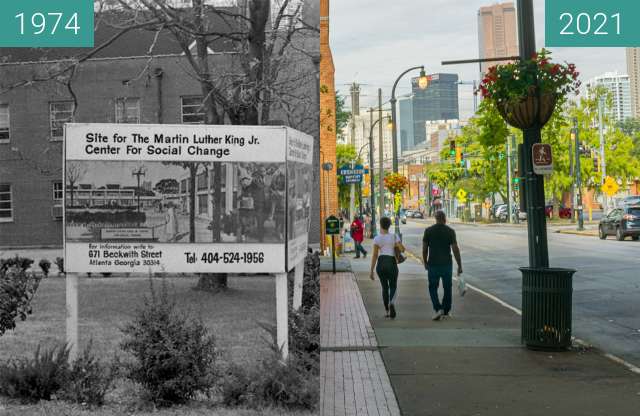 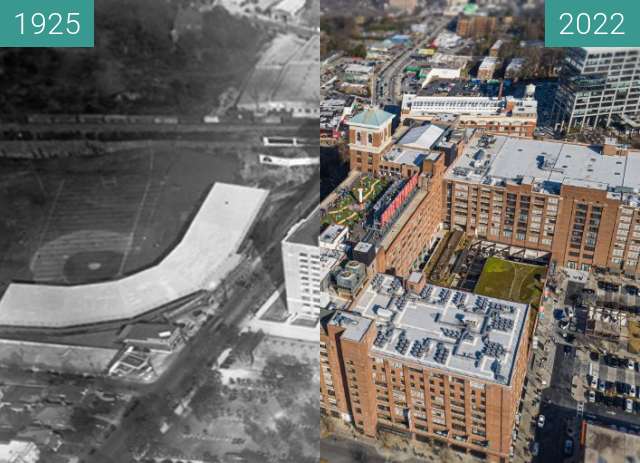 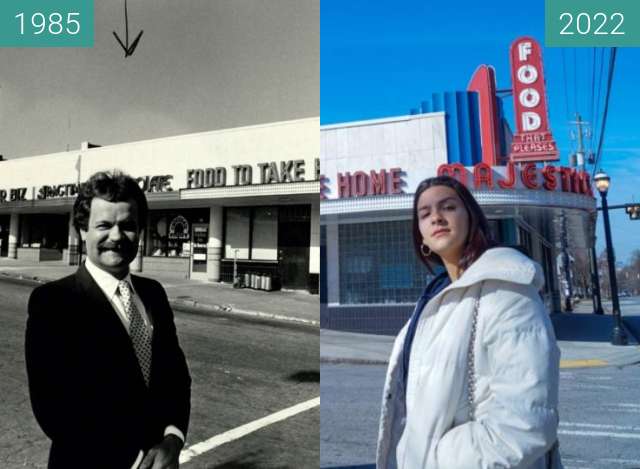 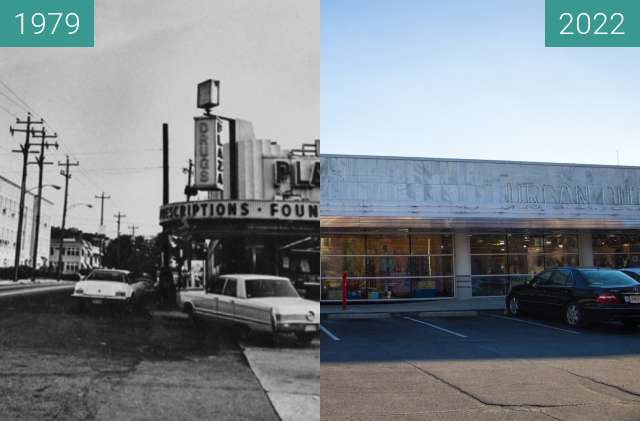 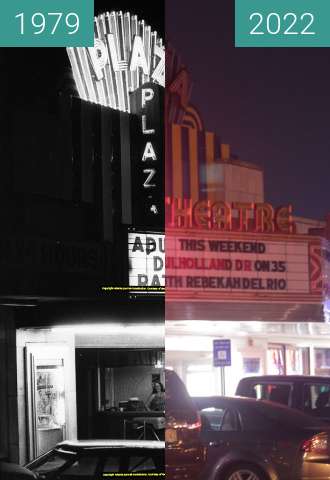