The Notre-Dame la Grande is an important former collegiate church in the French city of Poitiers (Vienne) and one of the main tourist attractions of the city. It was built in the 11th to 12th century.

Particularly impressive is the richly ornamented west facade of the church, on which mainly biblical motifs are depicted. It dates to the middle of the 12th century and is flanked by two small towers. Here are common motifs of Romanesque art: leaves, monsters, grimace heads and fantastic figures. Above the portal is a frieze with biblical scenes.

In contrast to the image of the "dark Middle Ages", many church portals were brightly painted at that time! Even as visitor you can see remnants of colors on the figures. Although the colors have been lost, you still can admire many of the churches in France in their former splendor at night: So the Notre-Dame-de-la-Grande is illuminated every evening since 1995. However, the colors can not be determined quite correctly, so it is partly left to the imagination how exactly the portal might have looked at the time.

Absolutely beautiful! But what's wrong at the time, right?

The problem is that the photos were taken in reverse chronology, but I wanted to show them around. Time is not so important with the picture pair. (Had also considered the colorful picture in the Middle Ages to date.) 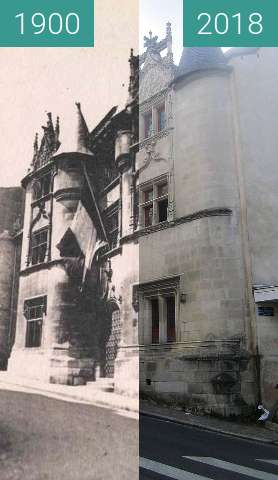 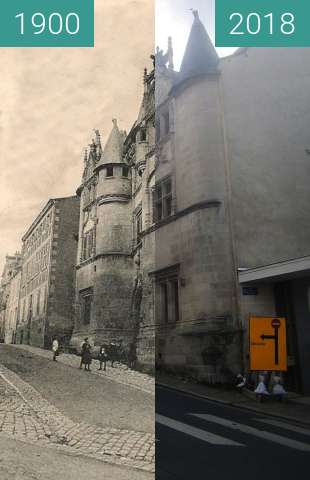 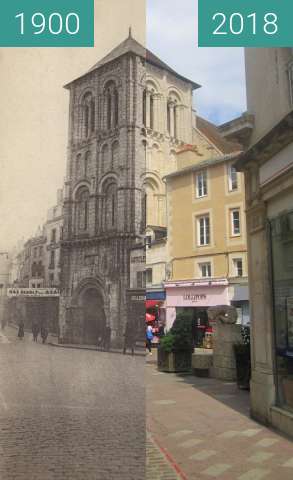 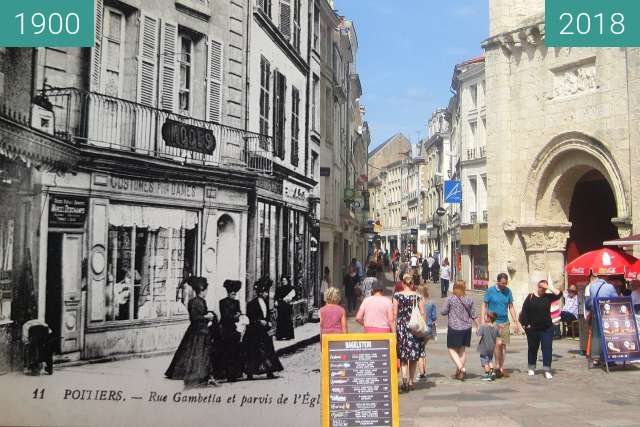 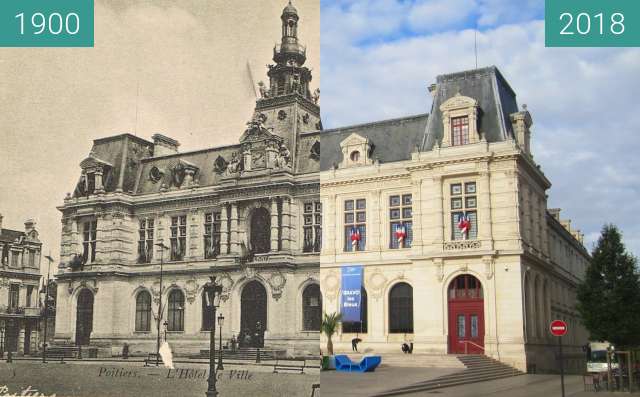 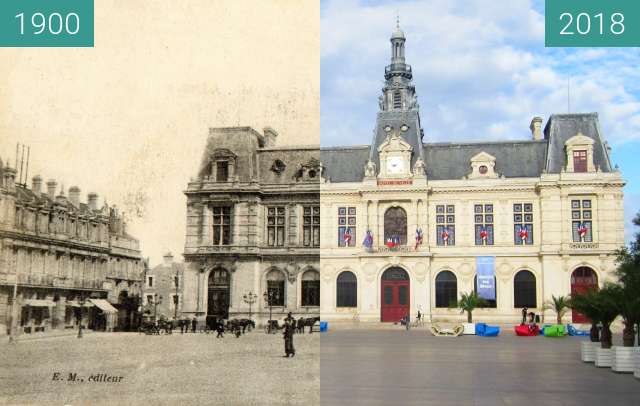 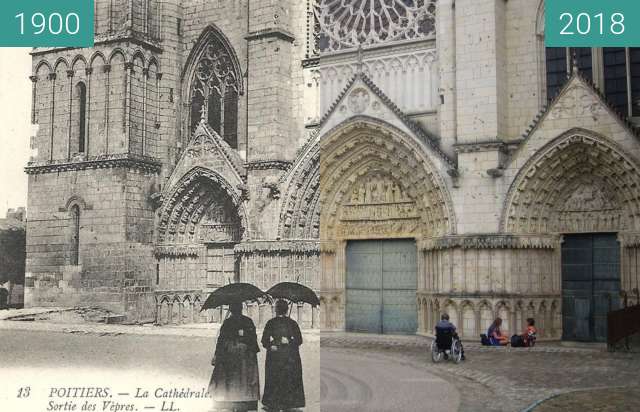 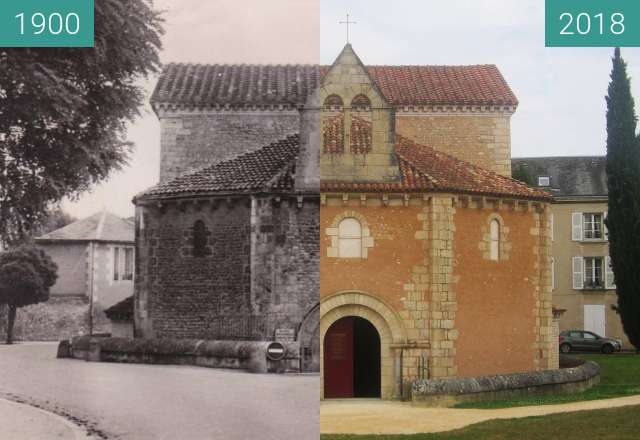 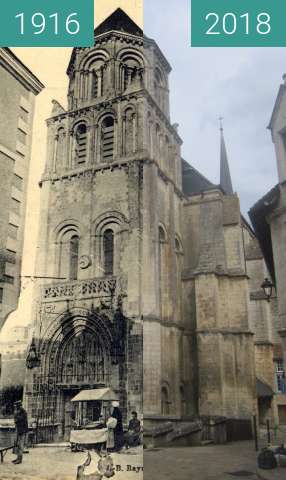 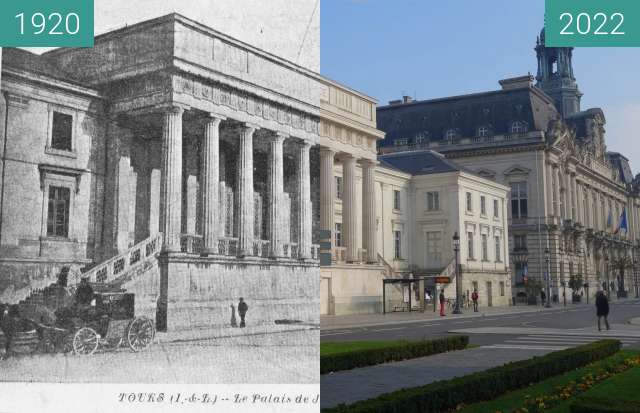