The facade of the Notre Dame in Paris towards the end of the First World War.
Like many other monuments in the city, it was tried to protect the cathedral with sandbags against bombardments.
During WW1, Paris experienced several German bombing raids, with planes, zeppelins and guns (the so-called "Dicke Bertha" attacked Paris from over 120 km distance). In total, 250 civilians were killed and 678 injured. However, these attacks were ineffective and left no major structural damage in the city - also the Notre Dame was spared. 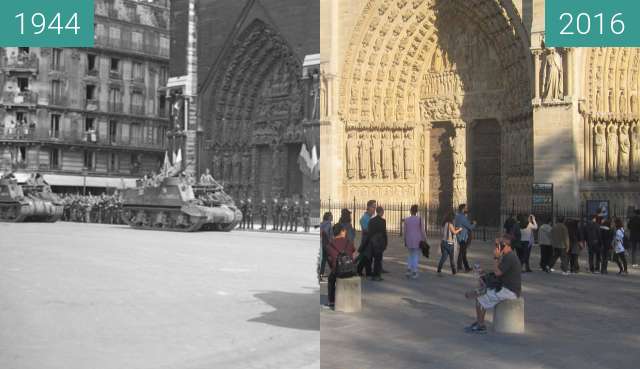 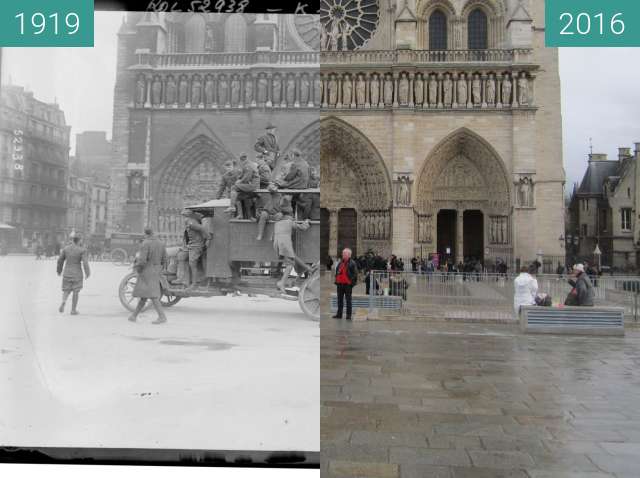 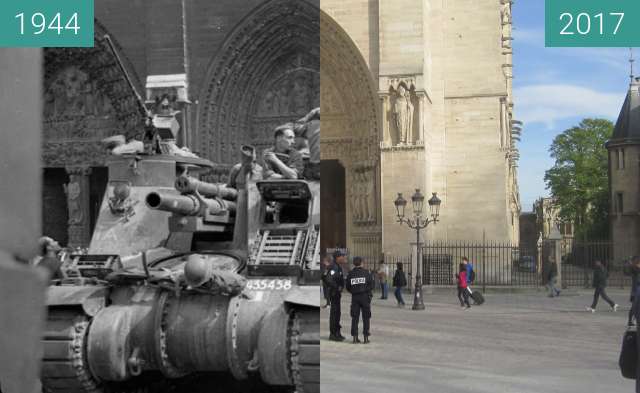 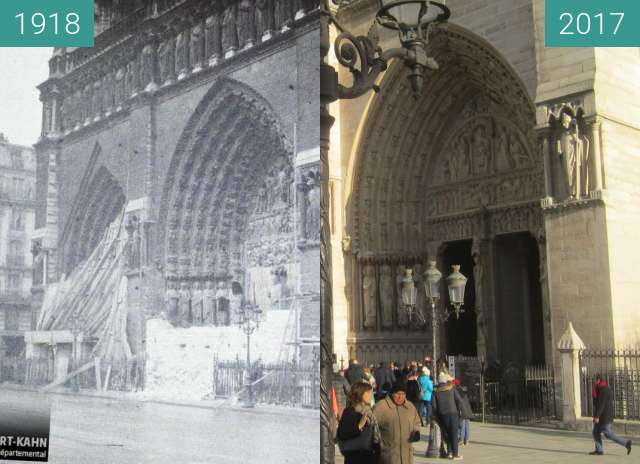 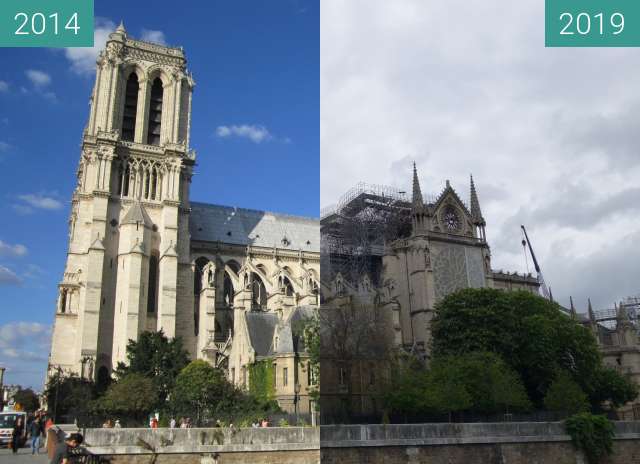