Christinæ Church, also known as the German Church, alongside the Gothenburg City Hall. In the middle we see the so called German bridge leading over the channel. The original photograph was taken by well known architect Sigurd Lewerentz, who studied architecture at Chalmers Technical School in Gothenburg between 1905 and 1908, which leads to the conjecture that this undated photo was taken about 1906. The sign extending from the wall to the right reads "Beware of the tram": electrical tramways were introduced in Gothenburg in 1902. Considering that more than 110 years have passed, remarkably little has changed: all buildings remain in place, including the two in the foreground, making it possible to pinpoint the exact place of the original camera to basically within an inch. The most notable difference is that the bridge now has been raised a couple of decimeters. In the city hall to the right, a gate has been changed into a pair of windows, and, if looking carefully, it is evident that the façade facing the church has become narrower.
Source of original photo: https://digitaltmuseum.se/011015012191/tyska-bron-goteborg-christine-kyrka-och-goteborgs-radhus-exterior-resebilde 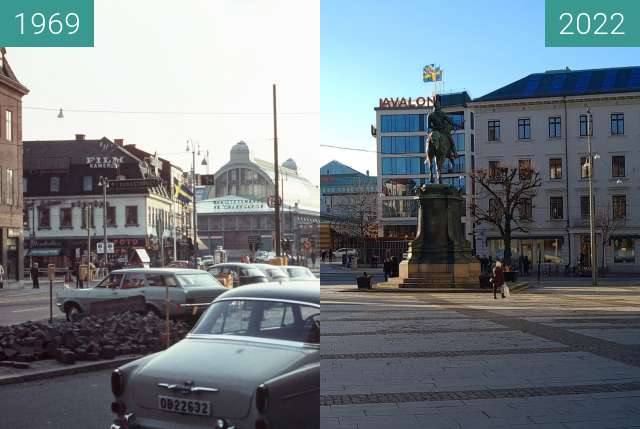 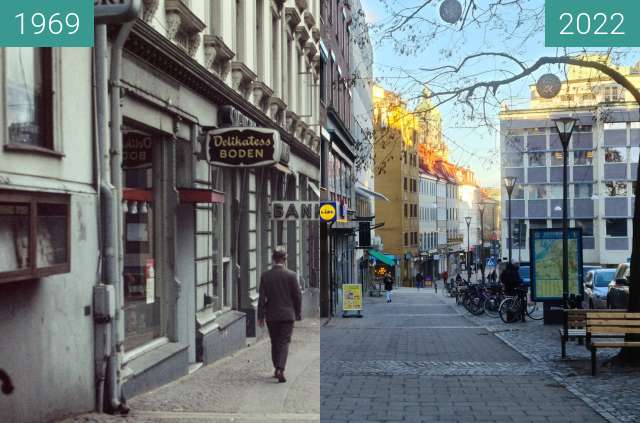 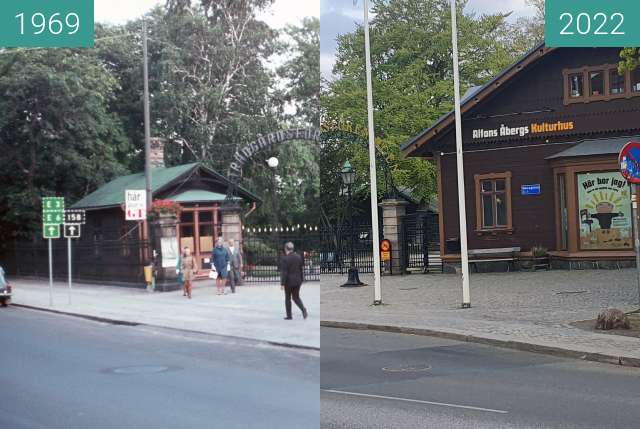 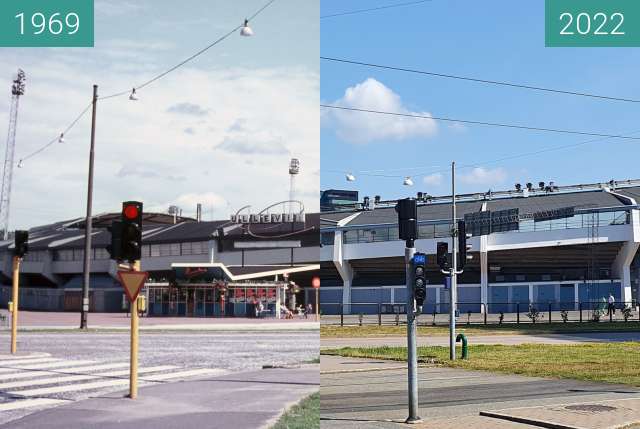 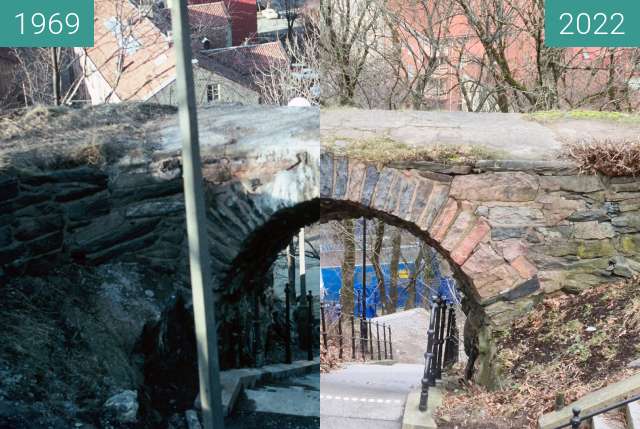 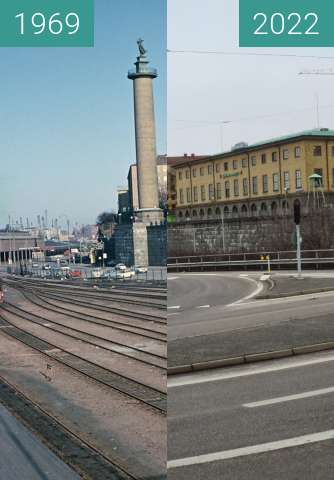 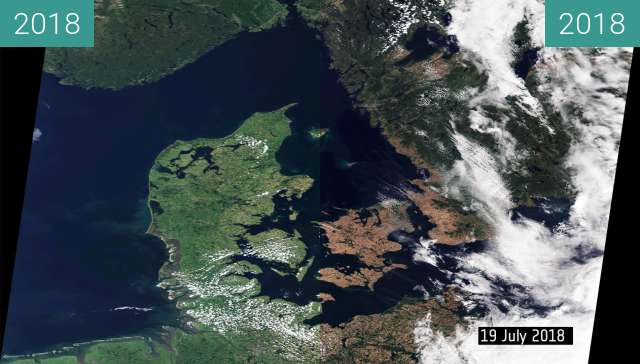 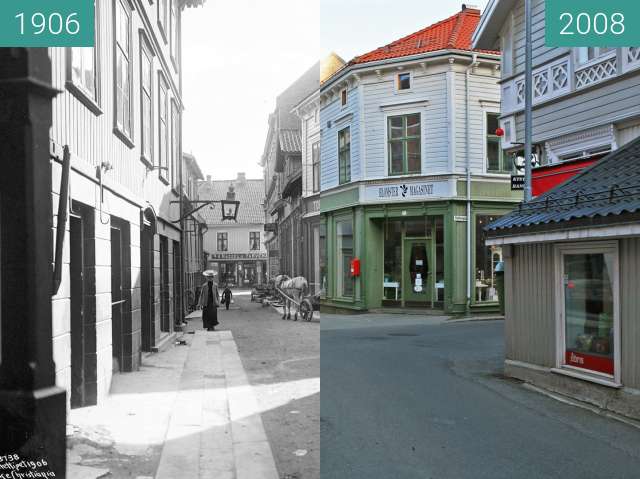 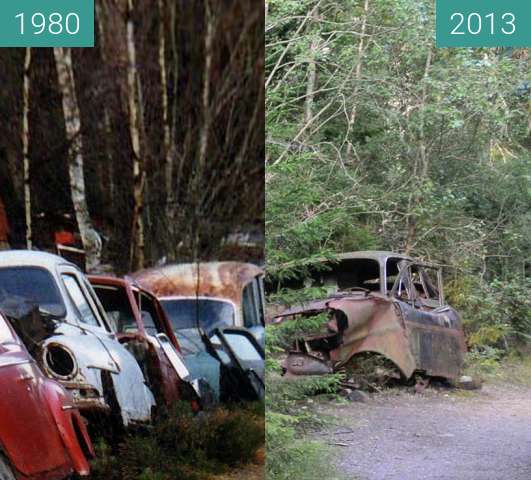 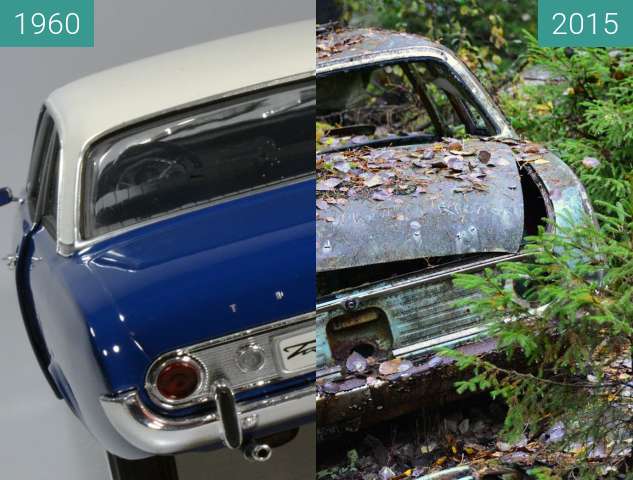