The Hôtel du Louvre in front of the north facade of the museum at place André-Malraux, probably in the 1920s. The large luxury hotel in 1855 was built at the request of Napoleon III., as the demand for hotels became higher in the course of the growing attraction of Paris (e.g. the universal exhibitions) and the restructuring of the city by the prefect Haussmann gave the room for its construction. At the time it was the largest hotel in Europe, as well as one of the most modern, and enjoyed a great international reputation.

Nevertheless, it didn't exist for long: After the company of the building went bankrupt due to a financial scandal , its rooms were bought gradually for shops until it finally became a department store 1887. In 1974, this in turn was converted into an antique mall ("Louvre des Antiquaires"). Today, it is gradually transformed back into a luxury fashion department store. 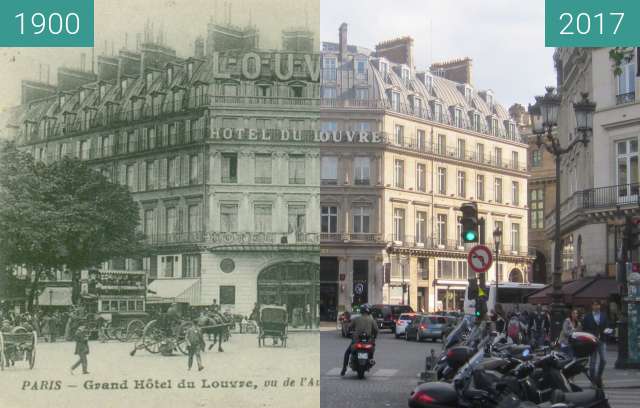 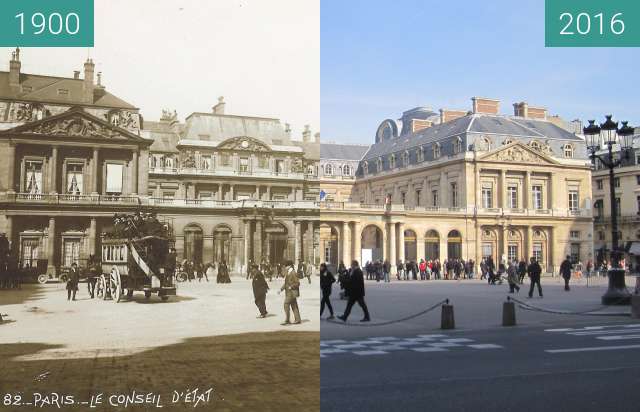 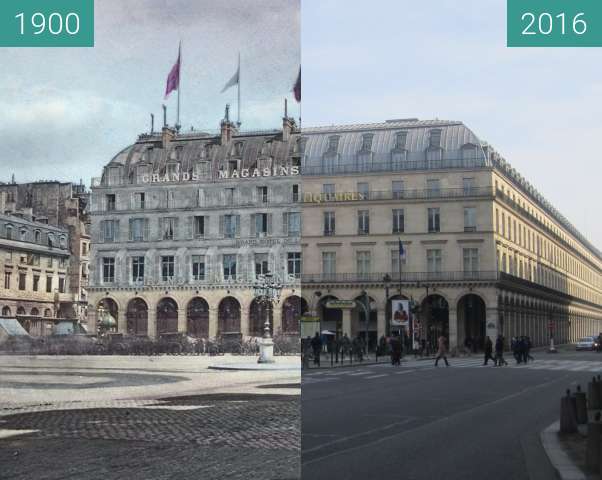 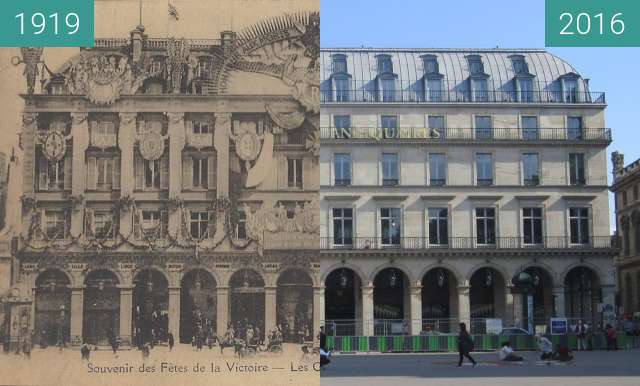