The "Vitischanze" (entrenchment) was the strategically most important defense of Osnabrück. Already in 1200, a stonewall was constructed along the Hase river. In 1472, the "Barenturm" was built The crenels in the higher floors demosntrate that the highest number of canons were positioned here. After the swedish had occupied the town for three years during the Thirty Years' War, the weir system was strengthened. Behind the Barenturm they built the three-storey Vitischanze. After the demilitarisation phase in the late 19th century, parts of Barenturms served as a restaurant; the lower floors were used in World War II as a shelter. Today, the old fortress combined with modern architecture is used by the college of Osnabrück (with kind permission of www.bildpostkarten.uos.de).

Same motive (http://re.photos/compilation/106/) and yet a little bit different! 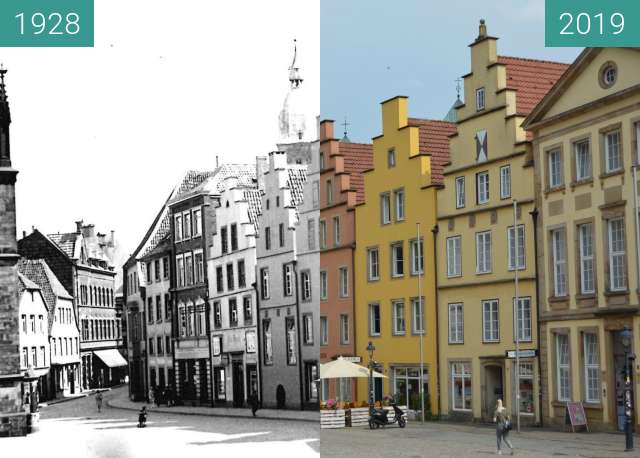 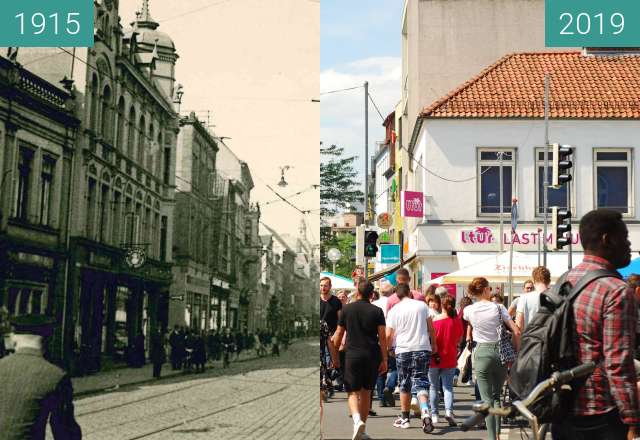 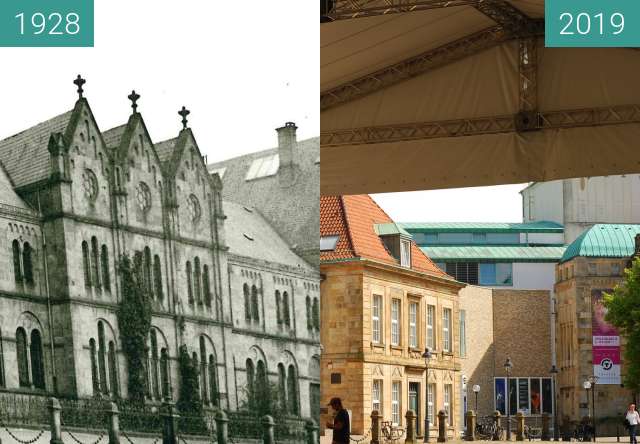 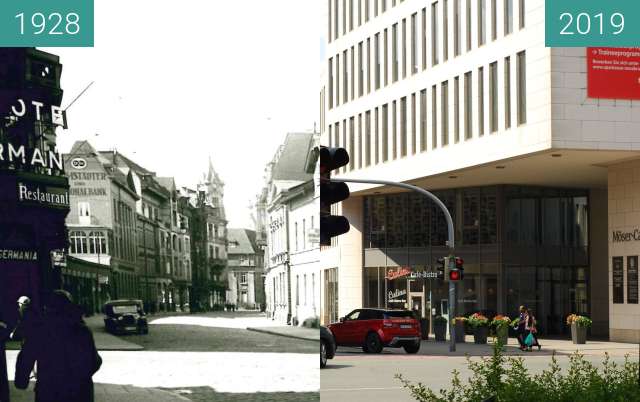 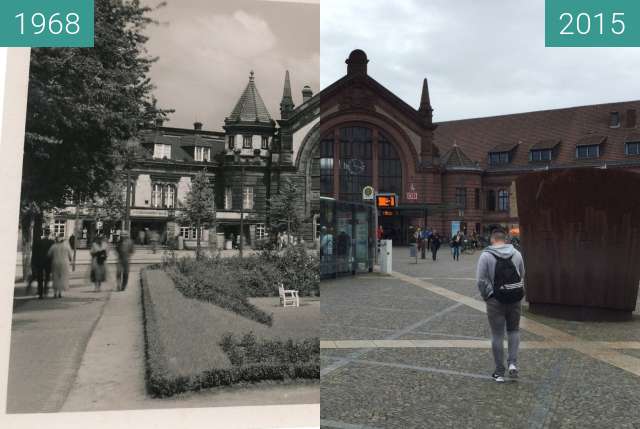 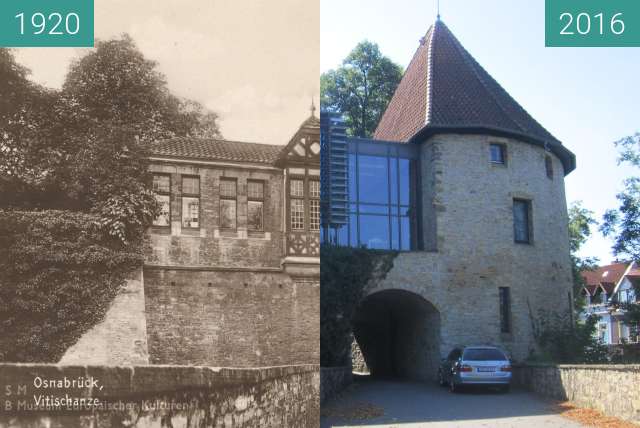 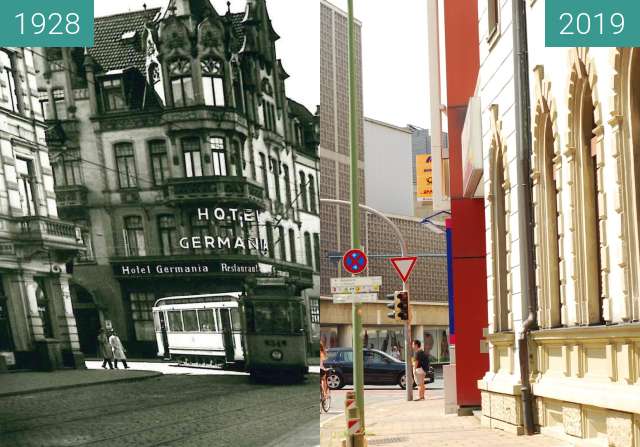 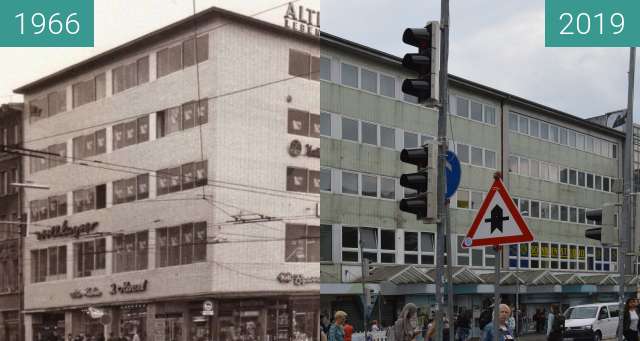 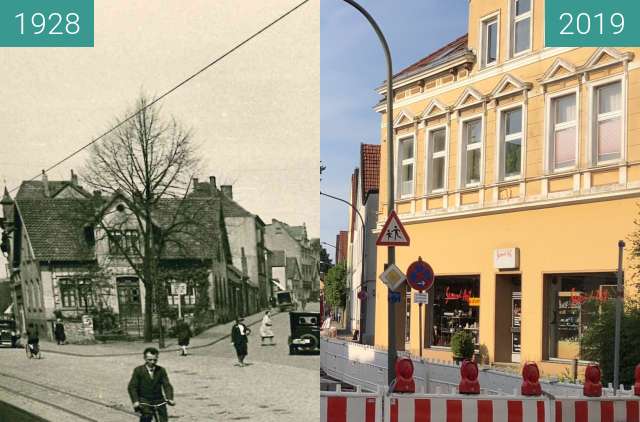 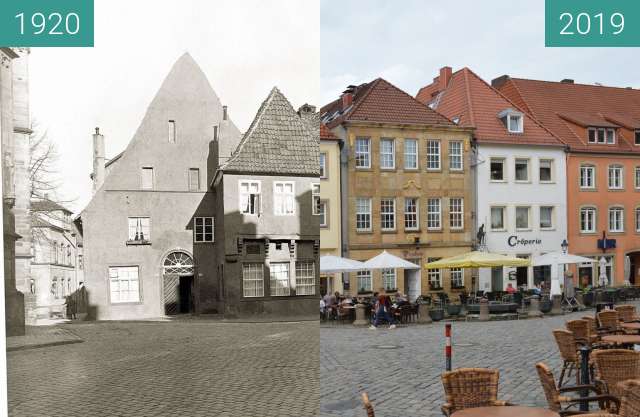