The Eiffel Tower at construction in July 1888, seen from Place du Trocadéro. It was erected from 1887 to 1889 for the world exhibition in memory of the 100th anniversary of the French Revolution.
The four foot towers were completed in the winter of 1887, followed by the assembly of the first floor. A little later, in August 1888, began the construction of the second floor.

The Pont d'Iéna, which joins the Place du Trocadéro and the Champ de Mars, was widened to 35 m in 1937 by arches with the same profiles on both sides. 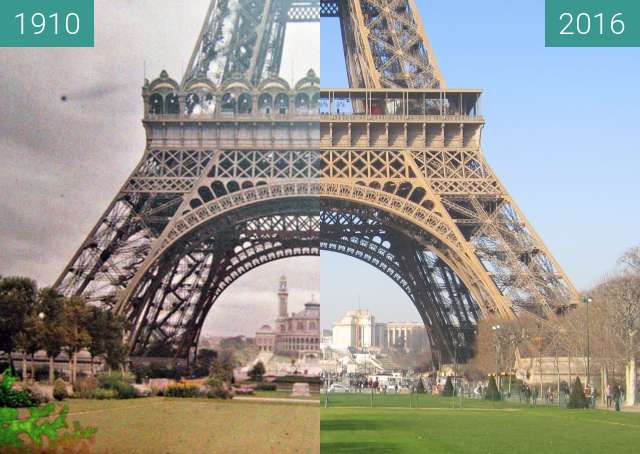 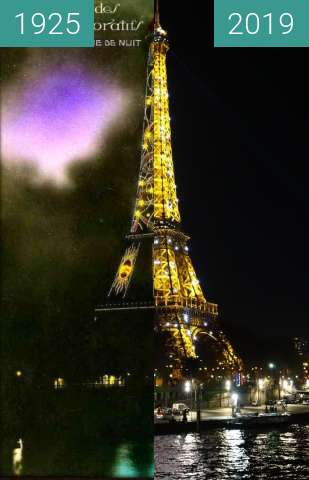 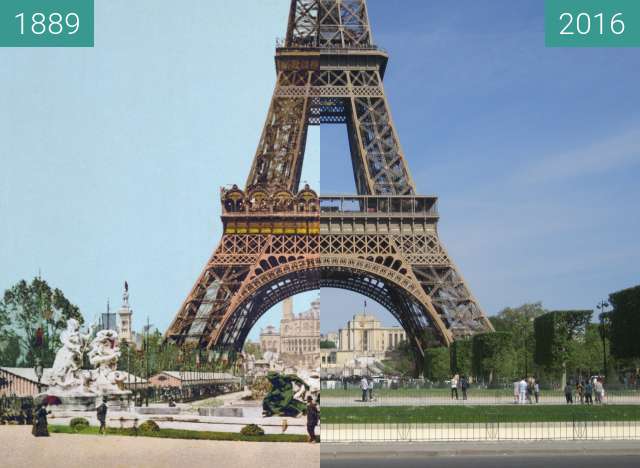